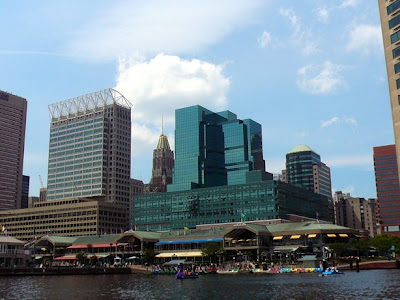 Now, we only had one day to spend in Baltimore and no real plans but for the fact that we knew we would have had steamed crab by the end of the day.

May had read good things about Obrycki's, which was confirmed by the cab driver on our way to our hotel. http://www.obryckis.com/ 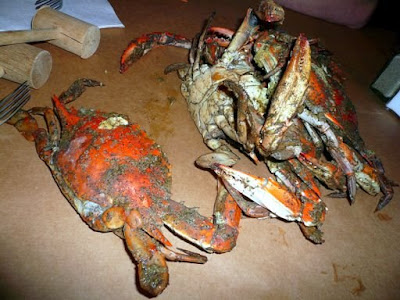 May's steamed crab before the carnage. Note the mallets, the instruments of crab torture... 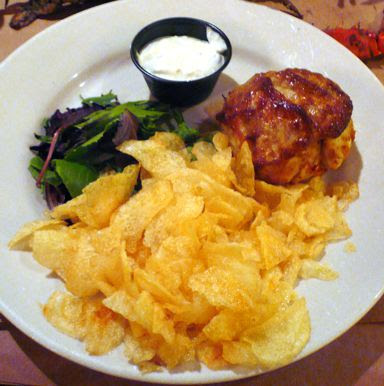 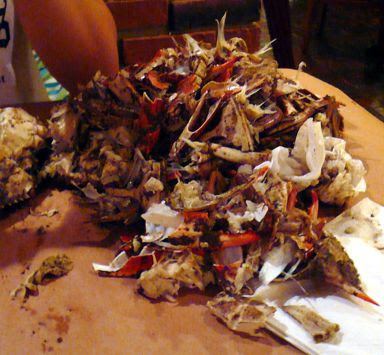 The remaining evidence of crab carnage.
My crab cake was really good. I actually never had a crab cake with so much crab in it. No meat was left after May went through her 6 crabs, which tends to indicate she appreciated them as well. ;-)

Now, something that I would like to mention to the foodies traveling to Baltimore to sample the crabs; Baltimore as one of the highest murder/crime rate in the U.S. and we were told numerous times that even the relatively short walk from Inner Harbour to Obrycki's should be avoided at night. While the cab drove us back, it became quite obvious why that was; quite a lot of shady characters were wandering around in that area.
Posted by JC at 1:25 PM