All the restaurants in Hong Kong charged a 100% to 300% premium for Christmas eve dinner.
So, we stayed home and I cooked. 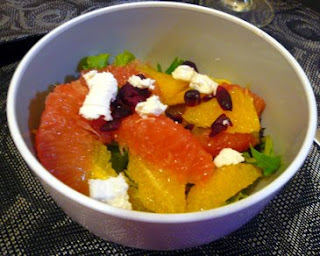 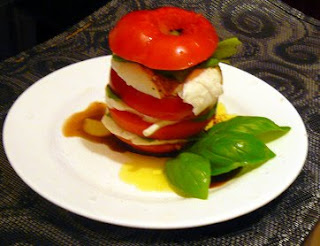 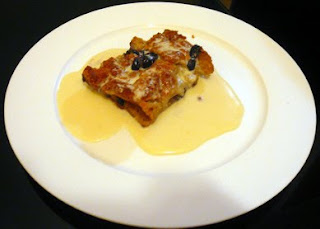 Due to popular demand (and Christmas spirit), here's the recipe:

For the Amaretto cream sauce:

To make the bread pudding:

2.) In a large bowl, whisk eggs. Whisk in cream, milk, brown sugar, and cinnamon. Add bread cubes, chocolate, and blueberries and stir well, then mix in 1 tbsp of melted butter. Set aside for 30 minutes so that the bread will absorb the egg mixture.

3.) Pour egg into prepared baking dish and bake until firm when pressed in the centre, about 1 hour. Remove from oven and cool on wire rack until just warn, about 20 minutes.

To prepare the sauce:

1.) In a small bowl dissolve cornstarch in Amaretto, then add to hot cream, whisking constantly. Bring to a boil, then reduce heat and cook, whisking for 30 seconds. Remove from heat and add 1/8 cup sugar. Whisk until dissolved. Add vanilla. Let sauce cool to room temperature before serving with bread pudding. This pudding is terrific with Cinnamon Gelato or with another similar flavour.